Our breeding program has been heavily influenced by foundation ranch horse bloodlines. We are proud to offer a clean-minded, strong, athletic horse that can be successful on the ranch as well in the arena. Our horses have consistently exhibited excellent trainability, a drive to work with a competitive edge, correct confirmation, and long-lasting longevity. We have accomplished this by selecting specific bloodlines that have proven themselves over the years in these fields. Our breeding program is strongly influenced by Colonel Freckles, Joe Hancock, King Fritz, Peppy San Badger, and Doc Bar. 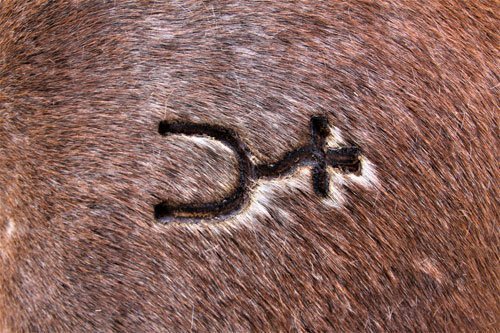 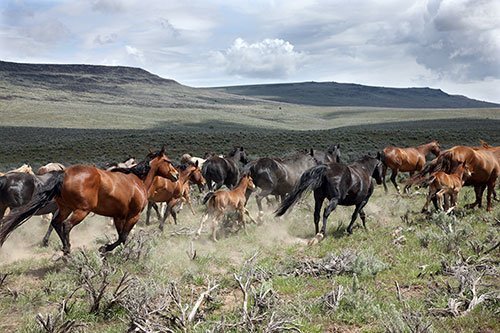 We run our broodmare herd on the desert, foaling and surviving on their own and raising tough, agile colts. The colts go on through the program and are used for many years of ranch work spending long days on the desert moving and working cows. The young colts are exposed to a variety of circumstances until they become well-seasoned bridle horses. Each year, 5-10 Bentz Spur Brand horses are offered at the Ranches Horse Sale. 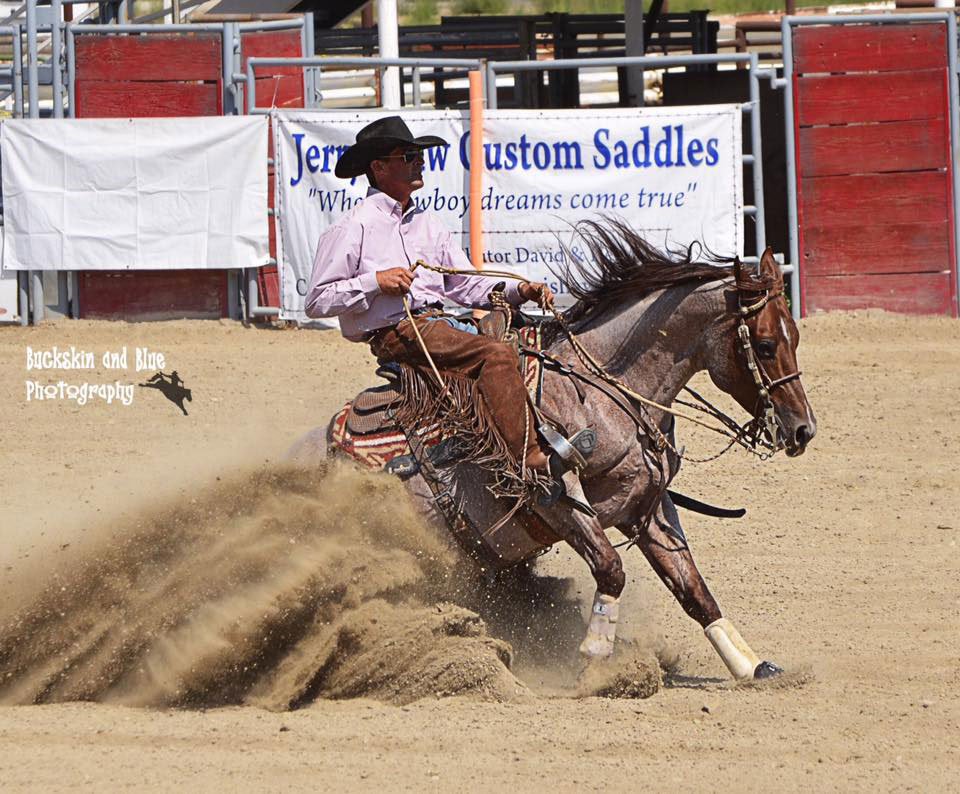 We purchased “Cuttin Like My Dad” from Wade Reaney in 2016. He has proven himself in the Northwest placing in many Stockhorse Reining competitions. Many of his colts are competing and doing very well. We are excited about the athleticism and style he brings to our program.

We lost Pat Boonlight several years ago but he heavily influenced our program. We now have his daughters in the broodmare band who consistently throw athletic colts. These horses can be stingy on the ground but are pleasurable horses to ride on the ranch and in the arena. 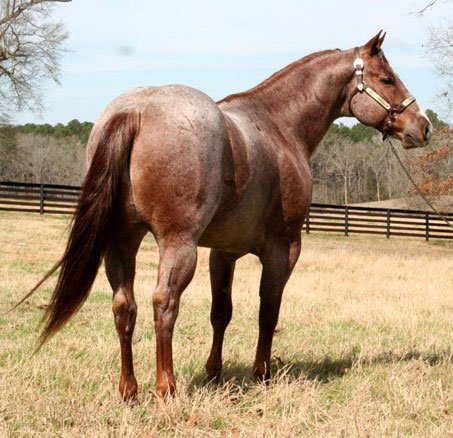 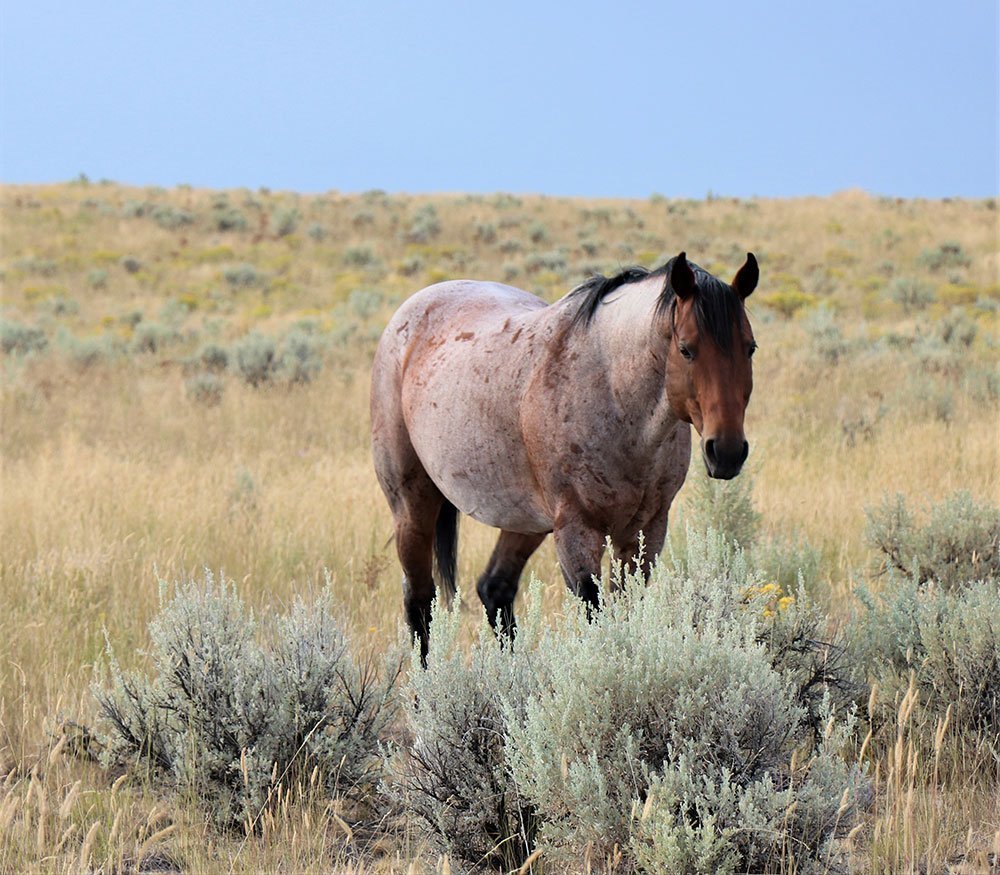 We bought Four F One from the reputable horse program of the Haythorn Ranch in Ogalla, Nebraska. He throws consistent gentle ranch horses with a lot of color. He isn’t our flashiest stallion, but he is one of the most consistent and buyers continue to love his offspring. Several of his colts have been high-sellers in the sale.

Colonel passed away in 2014 but his legacy lives on as the majority of our broodmares have been sired from him, keeping a ready supply of clean-minded, great-looking horses. 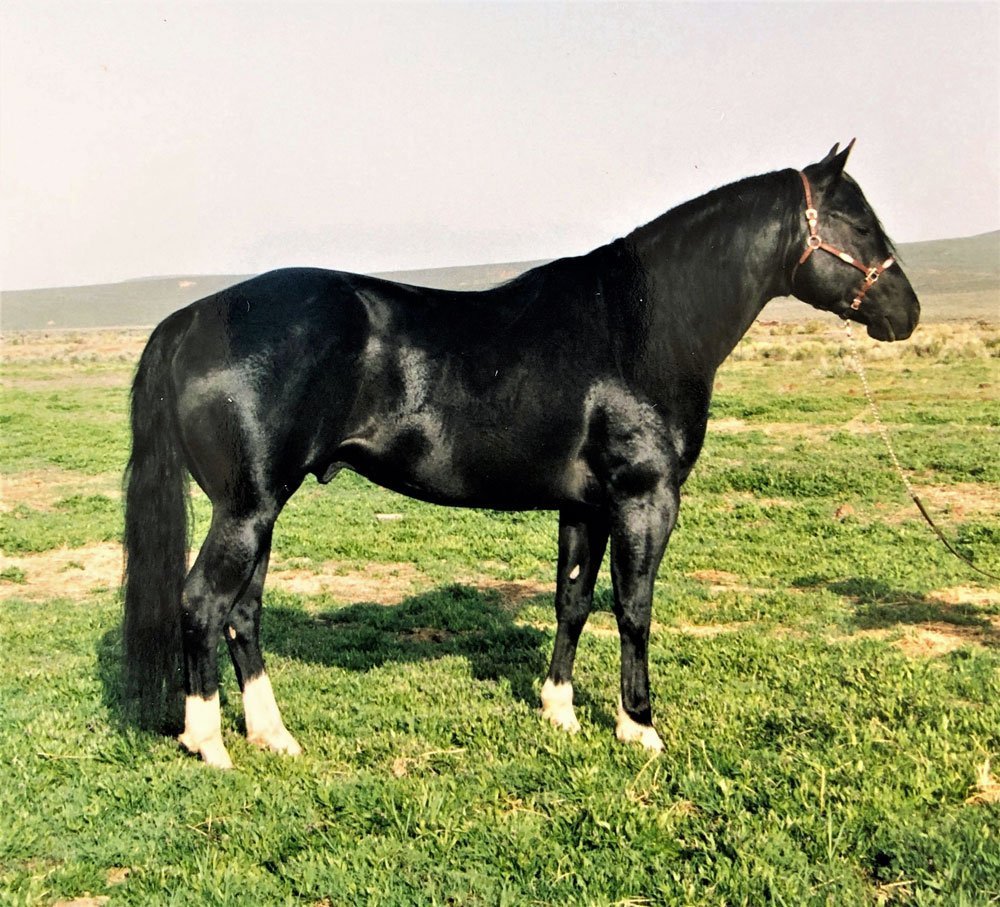 Colonel Freckles was inducted into the hall of fame 2004, he was a cutting champion earning over $46,000 by the time he died in 1986. His genetics have been dependable throughout the years which is why our broodmare band is primarily daughters out of “Colonel Blackrock” a grandson of Colonel Freckles.

Our breeding program has a strong influence of Hancock bloodlines, specifically “Red Man” a son of Joe Hancock. Joe Hancock was inducted into the AQHA hall of fame in 1992. In 2007, Joe Hancock was listed as the Western Horseman’s Top Ranch Horse bloodline. Red Man was known to produce some of the greatest rope horses and racing offspring. He, himself won over $27,000 in race earnings and was inducted into the NCHA Hall of Fame. One of his most famous sons, “Blue Valentine”, can also be seen in our breeding program. ?We have really admired the bone, size, and ranching capabilities that have been consistent in the Hancock lines, which have been consistent in our breeding program as well.

Another line that we have incorporated into our program is King Fritz. A grandson of “King”, we feel that King Fritz was maybe one of the most well-rounded Quarter Horses of all time. His offspring were able to make their mark in all of the quarter horse fields making King Fritz a legend. The versatility, willingness, and sensibility are just a few of the traits that have been handed down from the King Fritz lines. King Fritz has really put his mark on our breeding program for our ideal Ranch Horse.

Whether it’s on the ranch or in the arena, we have really admired the athleticism and competitive edge the Peppy San Badger line has put into our horses. Peppy San Badger was inducted into the AQHA Hall of Fame and the NCHA Hall of Fame in 1980 and had a lifetime earnings of over $170,000. His offspring have gone on to be highly influential in the performance cow horse world as well as being top of the line ranching and roping horses. Multiple studs we own and have owned go back to Peppy San Badger, including the Peptoboonsmal and CD Olena lines.

Doc Bar’s influence in the Quarter Horse industry, in our opinion, is unlike any other. Almost all of our horses have Doc Bar in their pedigree somewhere. Charlie Ward, manager of the Jensen’s Ranch stated, “Doc Bar is so consistent in his type. His colts are all uniform and possess a lot of sense. They are easy to train, they have a lot of natural ability, and every one of them is cowy”. Western Horseman named Doc Bar #2 Ranch Horse Bloodlines. In 1993 he was inducted into the American Quarter Horse Hall of Fame.

We have implemented Docs Hickory, Doc O Lena, Nitro Dual Doc, and Doc Quixote into our breeding program and have been extremely happy with the outcome.